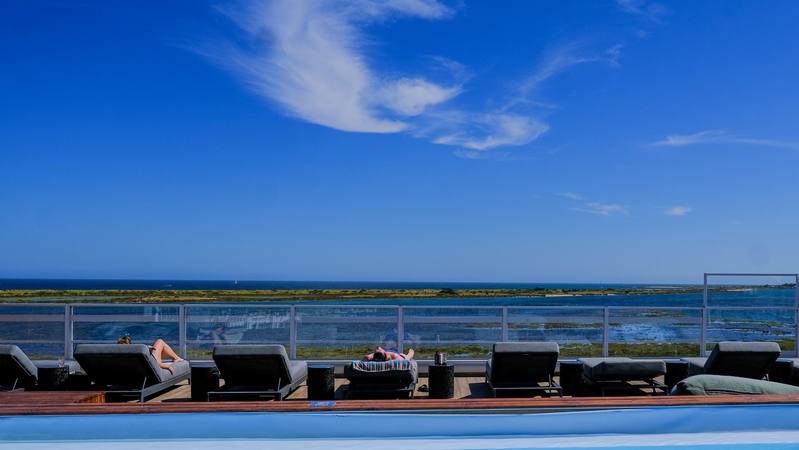 The Algarve is the company's second big bet with six hotels budgeted at 384 million euros. North Americans are already the main investors, followed by investors from India.

Mercan Properties' passion for Portugal began in the north when, in 2015, it decided to take its first steps in the country. The company, which is part of the Canadian Mercan Group, already has ten projects in the cities of Porto, Vila Nova de Gaia, Matosinhos and Amarante - five of which are already open, the first in 2021 - and wants to broaden its horizons and firm its commitment to the south and islands.

The growth plans are ambitious. By the end of next year, it estimates to reinforce investment in Portugal, reaching the threshold of 1.4 billion euros, exceeding the initial budget foreseen for the next 12 months and creating three thousand direct jobs. "Currently, we have a total of 23 hotel projects in the country with an estimated investment of 890 million euros. This plan is expected to be implemented by 2025, but we are reinforcing the objectives we had set out last year, which provided that by the end of 2023 this portfolio could grow to one billion euros of investment. As a result of the good performance we have had, we are going to try to grow to 1.4 billion euros", reveals Miguel Gomes, Construction & Development General Manager of Mercan Properties.

The person in charge adds that the budget review will allow the entry of ten more projects during 2023. With the strategy in the north in tune, the Algarve is the second big bet of the company, with a slice of 43% of the current budget destined for the region. There are 384 million euros for six hotel assets: two in Lagos, which will operate under the Hilton brand, two in Portimão and one in Faro. The construction of the hotels starts in the next two years and openings are scheduled for 2025 and 2026. Only the Faro unit will result from the rehabilitation of an existing asset, with the remaining five built from scratch.

"In the Algarve, the projects will be larger than those we have in urban centres, such as Porto or Lisbon. The type of tourism and the target audience are different. We have hotels that reach 400 accommodation units", says Miguel Gomes.

Also in early 2023, the construction of the first three hotels in the capital will start – which will result from rehabilitation projects – in an investment that amounts to 133 million euros. The Alfragide business center will give rise to the most expensive investment in Lisbon, the Moxy Alfragide Lisbon, which will cost 63 million euros and will have an offer of 218 rooms. In Loures, close to the airport, a four star hotel with 230 rooms will be built, budgeted at 73.5 million euros. The debut triad in the Portuguese capital is completed with the investment of 31.5 million euros in the city's historic area, with 80 accommodation units, between Bairro Alto and Chiado.

The Alentejo is not left out of plans and, in addition to the 57 million euro investment to the two hotels already announced - Hilton Garden Inn Évora, which opens in the first quarter of 2023, and Holiday Inn Express Évora Hotel which opens in 2024 - Mercan Properties will pay 37.8 million euros for two more projects in the region, one of them being a small hotel in the parish of Santo André, in Santiago do Cacém.

The company, which develops real estate projects in the tourism sector, has never hidden its desire to expand operations to the islands. The relationship with Madeira has already begun and, despite not having resulted in marriage, the Canadians hope to have a date set for the wedding soon. "This was the year when we did the first market prospections, mainly in Madeira, and invested some time in the search for properties. We have identified potential investments but for various reasons, so far, none have materialized. We are still looking very convinced and willing to invest in the islands – first in Madeira and then in the Azores”, assures the Manager. The person in charge says that, in addition to the islands, the Douro is also on the investment radar. 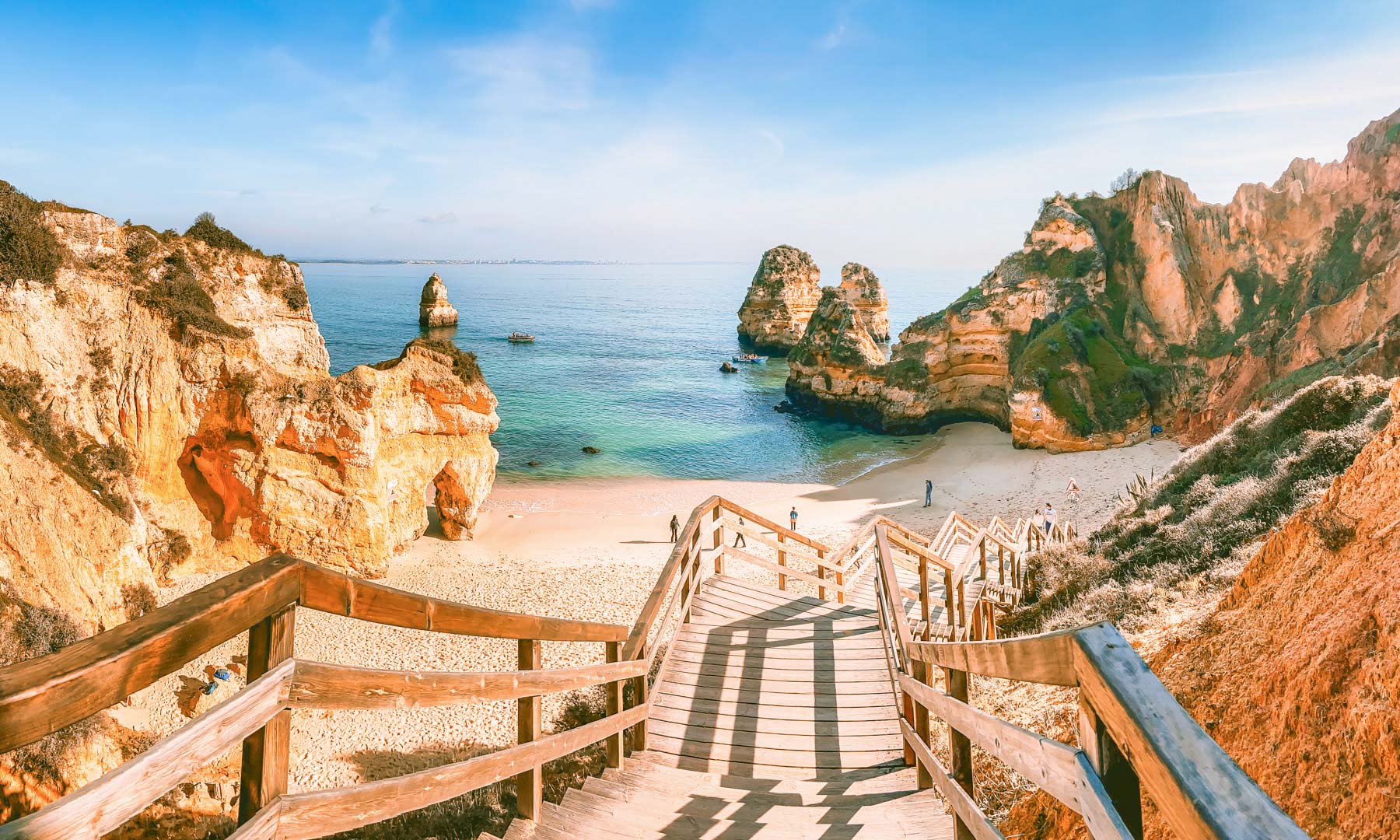 North Americans are the ones who invest the most.

More than two dozen real estate projects in the tourism sector, representing 2614 rooms, are fully financed through the golden visa program. After all, Mercan Properties attracted 2500 foreign investors to the country; and if initially the Chinese were the main interested parties, currently the North American market is the one that has grown the most in the company's portfolio, already being the main investor, followed by the markets of India, China, Vietnam, South Africa and Russia. The list of countries seduced by Portugal also includes Bangladesh, Iran, Pakistan and Mexico.

The engineer admits that it could be beneficial for the program to be revisited "but always with the aim of improving it" and not putting an end to it, considering "the benefits it generates for the economy, for tourism and for employment". “Rarely is there talk of the benefits that this program has brought over the ten years it has been in force, as exemplified by the total investment of seven billion euros since 2012, 90% in real estate [according to SEF data], and the jobs created. We are a good example of how golden visas directly contribute to the economy by creating jobs”, he points out.

You must want to know

Mercan Projects
Sé Catedral Hotel Porto, Tapestry Collection by Hilton is a finalist for the National Real Estate Award in three categories
Mercan Lifestyle
Portugal rated best country to move to in 2023
To improve your browsing experience this website uses cookies. By continuing to browse, you consent to their use. To learn more please read the privacy policy.
Accept

Data Controller and Data Protection Officer
The Data Controller in relation to any personal data that is collected within the scope of this Privacy Policy is MERCAN PROPERTIES, Rua Oliveira Monteiro, 289 4050-112, Porto, Portugal. For further information please see the Website imprint.

External links
This Privacy Policy does not apply to those websites that have published their own privacy statement and to third party sites, even if links to their websites are on our Website. Please be aware that we are not responsible for the privacy practices of such other sites. We encourage our users to be aware when they leave one of our Websites and to read the privacy statements of each and every website that collects personal information.

You may be requested or required to provide personally identifiable information (“Personal Information”) to access certain areas of the Website.

Furthermore, we may be required to use and retain personal data for legal and compliance reasons, such as the prevention, detection, or investigation of a crime; loss prevention; or to combat fraud. We may also use personal data to meet our internal and external audit requirements, information security purposes, and as we otherwise believe to be necessary or appropriate: (a) under applicable law, which may include laws outside your country of residence; (b) to respond to requests from courts, law enforcement agencies, regulatory agencies, and other public and government authorities, which may include such authorities outside your country of residence; (c) to enforce terms and conditions; and (d) to protect our rights, privacy, safety, or property, or those of other persons.

The following examples illustrate possible scenarios in which we collect and use your Personal Information:

Customer account, placing an order
When you register for a customer account we usually collect name, e-mail address and password. In addition, you can provide your address, including billing and delivery address in your customer account. When placing an order, we collect data on the goods you have selected, corresponding pricing information, any vouchers you might use, your billing and delivery address, and the selected method of payment and shipping. In connection with the fulfilment of orders we collect in particular information regarding payment, delivery and returns.

Personalized Services
In connection with the personalized services, we may process and use your information for advertising and market research purposes or for personalized provision of services if you have given your consent. If you give your consent the information accessed by you whilst visiting the Website(s) and Apps(s) may be stored in a user profile in order to be able to offer you information specifically personalized for you (e.g. in the form of a newsletter). You may withdraw your consent at any time with effect for the future.

If you use personalized services we will use your Personal Information required for the provision of the services for the duration of your registration and thereafter for as long as required or permitted under applicable laws. We may share your information with affiliated MERCAN PROPERTIES companies if this is necessary to respond to your inquiries or if necessary for the provision of the services. We may forward inquiries regarding our products and services also to a distributor that is responsible for the relevant product or service category and region.

Email advertising without subscription
If we receive your email address in connection with the sale of goods or services and you have not objected to this, we are entitled to regularly offer you similar goods and services, such as the one you purchased by using your email. You may withdraw your consent to such use of your email address at any time in the future by sending a message to us or via the unsubscribe link provided in our emails.

Postal advertising
We may be entitled by applicable laws to store your first and last name, postal address and, if applicable, your title and academic degree and use it for our own advertising purposes, in particular for sending offers and information about our goods and services by postal services. You can object to this use of your information at any time for the future by sending a message to us.